A downloadable game for Windows

"No-one knew what horrors awaited Jake inside that House of Nightmares. Only God knows what he must have been feeling on that horrific night..."

Play as Jake, a teenager working the late shift in "Sal's Pizzeria" - until he's called to deliver to the HOUSE OF NIGHTMARES! After being kidnapped, try and avoid this TERRIFYING KILLER on her abandoned Farm - filled with challenging puzzles, deadly traps and plenty of hidden secrets!

Stay quiet and out of sight! THE HAG can sense when you're nearby, using her heightened senses... use your Stealth Bar to stay hidden, out of light and using cover to your advantage - otherwise she might just CATCH YOU!

Try to survive and escape in this fully explorable house - search in drawers for items, keys and more! Try and find out what happened here... but be careful - the hag is always watching your every move!

NOTE: Vilomah OST is Copyright Free, and can be used in videos & more

In order to download this game you must purchase it at or above the minimum price of $2.99 USD. You will get access to the following files:

ive searched forever in the woods to find the house and there's nothing but an invisible wall preventing me from going any further. is this a bug or is the house just difficult to find?

I played this game in a video, the start is quite fast, just do some tasks in the pizzeria, then it becomes a granny style game where you have to do puzzles to get the keys and escape, the bad thing is that it is too dark and difficult, the hag always knows where you are and it costs a lot to be able to investigate the house, even so it is fun but challenging, if you want to see it before deciding, I leave you my video :)

Reply
Rhys Sanders116 days ago
This video is just for the demo, i cant wait to play the full game!

Really enjoyed this game.slight bug where I'd leave the managers office and fall under the map, but it was genuinely terrifying when I got to the house! Well done.

Check out my video 🙂 sub if you want to see me play the full game.

Reply
GoopyApple120 days ago(+1)
so this is probably one of the hardest games iv ever had the pleasure to play took me about 3 hours to finish the game, but it was a challenge and i was up to the challenge, the atmosphere was fantastic, the gameplay mechanics were smooth and easy to understand and the story was great and simple, you can really tell the effort you put in here and was very reminiscent of granny but 1000x harder hahah great game 5 stars! gameplay above hope you guys enjoy!
Reply
Neco The Sergal121 days ago(+1)

Gave it a little Let's Play a bit ago, thought to share it here as well, is like Granny mixed with a  Puppet Combo type of Stay Out of the House gameplay.

One of the better Granny style games, just wish it wasn't so brutal by resetting all progress on each death, and I did run into a bug that got me stuck in a dresser.

I really do like how this feels like a completely new experience from the demo. It definitely takes inspiration from Nun Massacre and does most of it well! My biggest issue was the amount of bugs I encounter that wouldn't allow me to finish the game. However, that doesn't mean that this is a terrible game. Just needs a few tweaks with the AI and bug fixes (which I'm sure has happened since the recording of this video). Would definitely consider rejumping back into this game to beat it!

i have bought this game and it wont let me play? every time i try to start the game up it tries to take me to my steam page to purchase the version on there?

anything i do it wont let me play the game, i have even downloaded the itch desktop version in the hope it will make it realise it was purchased from itch but still it keeps taking me to steam to purchase the game

Hi, sorry for this issue. Not sure what happened, but it should be fixed. It may have been due to Steam's API running in the game - but this has been disabled now

this game scared the crap outta me. i really enjoy the game. (1) vilomah - YouTube

Reply
zzzlaud126 days ago(+1)
This game had me stressed out. I had to deal with some pesky bugs that have thankfully been fixed so everything is good now. The game is a bit dark but never unreasonably, it's more of a warning for content creators who'd like to upload videos. You will go long periods without your flashlight on so it'll be tough for viewers to keep up.

Let's start with the good.

The graphics are fantastic in that retro aesthetic kind of way. The lighting in certain areas really draws out the feeling of how shitty of a situation you are in. If you're into PS1 aesthetic / retrowave Unity stuff, you'll like this.

The music is a jam. The pizza place is cool, but the music definitely elevates it. It made me happy to be there and have started the game so it's a fantastic way to introduce the player to the world.

Now let's talk about the issues I encountered.

The AI is a bit dumb but the smart kind of dumb so it saw me through walls sometimes and didn't know how to handle me hiding under a table. It seems to have the ability to know whatever floor you're currently on so that's annoying.

The footsteps are completely untrustworthy so don't rely on those because even the directionality of the sound will lie to you. It doesn't matter much because after the 2nd or 3rd try, you'll be running all around the house not really caring about the chase.

The initiation of the chase is so blaringly loud that it becomes obnoxious after the 2nd or 3rd chase and like I said, you'll be running around not caring about being chased so your ears will definitely be tortured by it.

I can't think of anything else but I did enjoy the game. I felt pretty satisfied in beating it so I am glad that I played it. I'm just not too sure other people will have the patience for it.

Thanks for making games!

oh my god what a good game! a unique retro horror experience, claustrophobic vibes, agonizing moments, a craving for more. My God, you guys don't play around in service huh? I want a game like this on mobile heheh 🗿🍷

Thank you so much! I really appreciate it :) Possibly in the future...

Intense horror experience with some fun puzzles and a creepy soundtrack! Check out some gameplay:

Thank you for playing! Loved the gameplay as always! 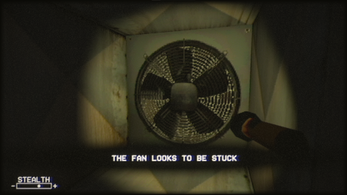 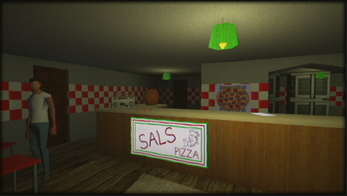 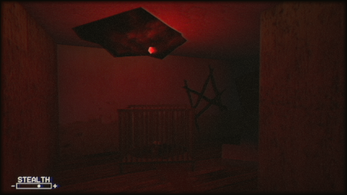 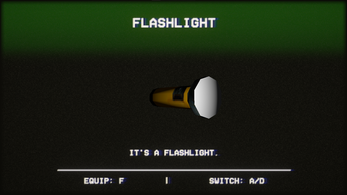 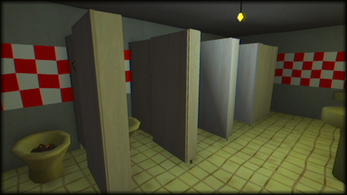 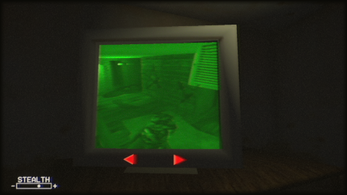 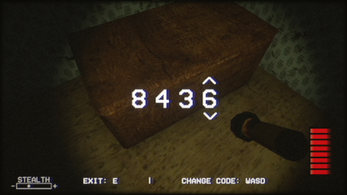 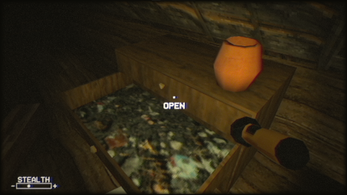 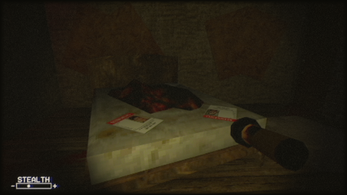 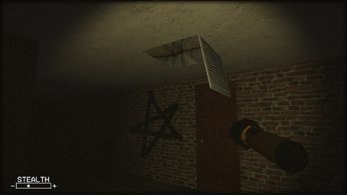